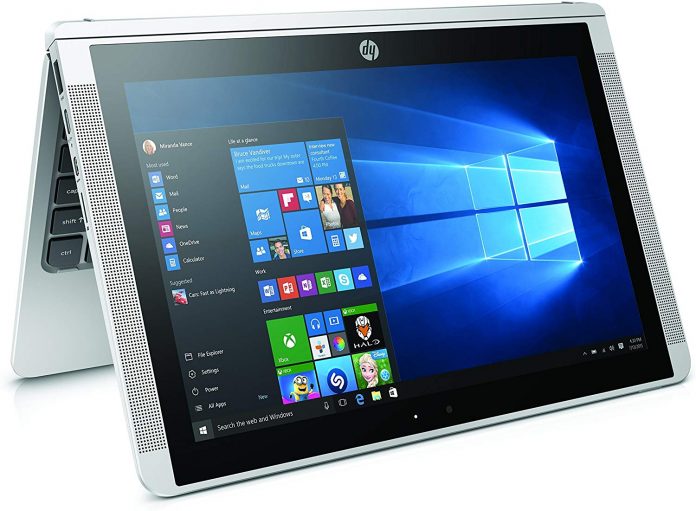 Choosing the Best HP Tablet with Windows is Good Business!

Hewlett-Packard HP) are one of the oldest, if not the oldest, IT giants. From their humble beginnings in a small garage in Palo Alto, California, in 1939, they have grown into a multinational company and a household name when it comes down to both hardware and software products.

Over the years HP have built and sold award winning personal computers, cameras, printers, PDAs, and pretty much every other major tech trend, so it came as no surprise that they are right up there with Apple and Samsung when it comes to producing tablets in today’s modern word.

In fact, HP probably have a much wider range of tablets available than any of their competition, from small devices like the HP Pro to larger models like the HP Elitepad that are packed with features.

In recent years there has been a growth in the number of companies that are incorporating the use of tablets into the workplace. Modern tablets can do pretty much everything a PC or laptop can do, yet are more compact, more environmentally friendly due to lower power consumption, and are easy to carry around.

If you haven’t already purchased a tablet for the purposes of improving your business or work life, you are probably going to be in the minority within the very near future, and nobody likes being behind the curve.

HP tablets are known to be reliable and are often less expensive than both Apple and Samsung models with similar specifications, and their lower cost can actually save you a fair bit of money if you are planning on buying multiple tablets for use in the office by your staff. Another reason some people choose HP over Apple tablets is because HP models usually come with windows and so are more compatible with other devices.

So how do you choose the best HP tablets?

You read this article, that’s how.

Here are our picks for the best HP tablets with windows that are good for business. 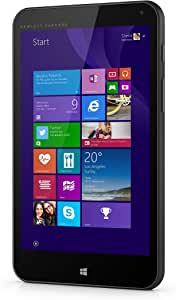 This cheap and cheerful little tablet is a good option if you are looking to save a few quid and are only going to use the tablet for work tasks, watching the odd video and playing a game or two.

Priced at under 100 pounds, you could be forgiven for not expecting much, and while the HP stream 7 doesn’t blow you away, it is a solid piece of kit.

The 1.8 GHz intel atom quad core processor, 1GB RAM, and 32GB of storage are just about what you would expect from a budget HP tablet with windows. It’s enough to handle the things that most people use devices like this for, you just have to keep an eye on the memory getting full and also how many applications you have running at once if you want to keep performance up. Micro SD memory extension is available though.

Both the clarity of the 7 inch IPS screen and the sound quality from this HP tablet is on point and I had no reasons to complain about either, whether it was using Microsoft word, watching Netflix, or playing a game.

There are front and rear cameras in the device, but they are nothing special so if hi definition video calling is high on the agenda, you should probably aim to buy a more up-market tablet.

The main draw of buying the HP stream 7 is that first of all, it is inexpensive, but in addition to that you also get a year’s free subscription to Office 365 personal, which if purchased separately would cost about 70 pounds. That’s a good saving in my book.
In conclusion, this HP tablet with windows is a good budget option and delivers the type of performance and features you would expect at the price.

The HP Pavillion X2 is one of the new generation of 2-in-1 laptop/tablets where the keyboard is detachable and the touchscreen can be used like any other tablet.
The keyboard on this HP tablet has been designed with smaller keys in order for it to fit with the tablet properly, and with my clumsy fingers I found to be a little bit annoying, but probably something that you would get used to fairly quickly.

Detaching and reattaching the two pieces is very easy, with only a slight tug needed to separate them. When connected together in laptop mode, there isn’t any unwanted movement and it actually feels nice and solid.

This model offers very good value for money, with 1.44-GHz Intel Atom x5-Z8300 CPU, 2GB of RAM and 32GB of eMMC flash storage, it has more than enough power for you to use it for work and play without too many issues arising.

If you plan on doing a lot of gaming, this probably isn’t the tablet for you as it doesn’t have a high powered graphics card, but for movies and all other purposes, the graphics are more than ample.

The HP pavilion x2 tablet with windows has a better than average battery life (for the price range) of around 9-10 hours, and I also noticed that there weren’t any particular hotspots after it had been running for a while.

The front facing speakers on this HP tablet do a good job at producing quality sounds for you to enjoy your favourite tracks while getting on with your workload.

The HP pavilion X2 features ports for USB 2.0, USB type-C, a mini HDMI which is good if you want to connect the device to your TV, and a headphone and microphone port.

To sum up the Pavillion X2, I would say that despite its relatively low price, it is actually a very well made HP tablet that performs better than expected. The longer than average battery life is also a nice bonus. 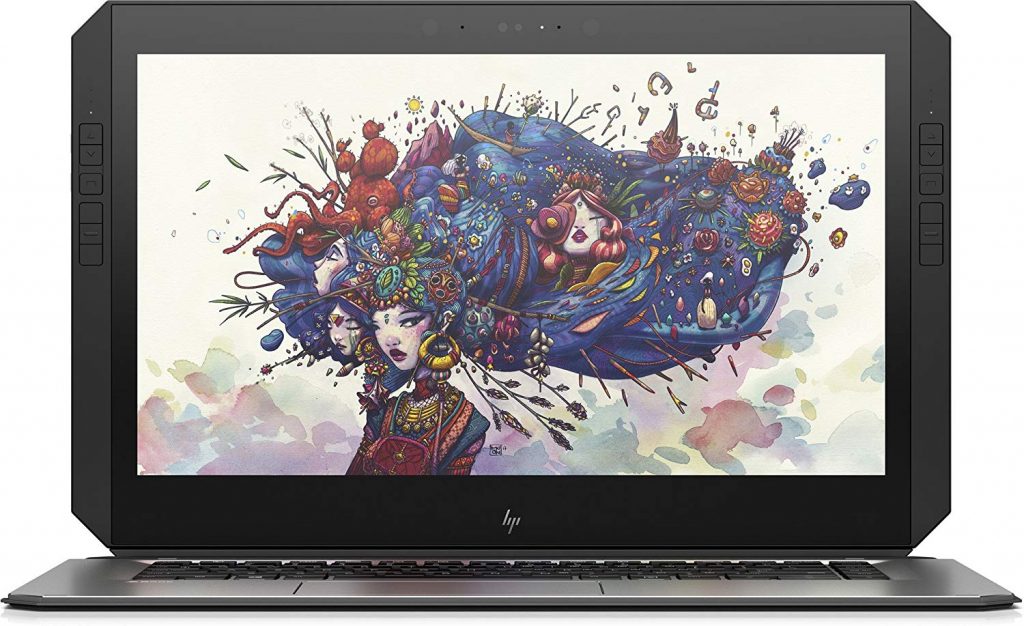 If you’ve got deeper pockets, and you are looking for a tablet that has a bit more ‘oomph’ you might want to take a look at the HP Zbook X2.

While our previous two reviews were for HP tablets with windows that are suitable for general office work tasks and some leisure activities, the Zbook is aimed at professionals such as graphic designers, engineers, and architects, who need and demand more from their tablet/laptop combo.

With the latest generation of Intel Core i7 as a processor, teamed with Nvidia Quadro M620 GPU that has 2GB of GDDR5, and backed up with 32GB of DDR4 RAM, this HP tablet is designed to handle big workloads on a regular basis without any driver issues.

The 14 inch anti-glare touchscreen produces very sharp images whether they are still photos, game graphics, or movies. Being a 10 finger multi-touch screen, using your hands to navigate menus is very smoothly done, and there is also the option of using the battery free Wacom EMR pen that comes with this HP tablet. If you don’t now about Wacom EMR pens, you’re in for a nice surprise about how excellently they work, with incredible pressure sensitivity.

Now onto the detachable keyboard. For the most part, I tend to find keyboards that come with these devices a bit flimsy and I don’t enjoy using too much. However, this one actually impressed me and felt solid. There is no connectivity issues with this keyboard once detached either thanks to it having Bluetooth.

Overall, the tablet is quite a large and solid feeling piece of kit, with large buttons on either side of the screen that can be mapped to specific functions on apps like Photoshop. Obviously this is a feature aimed at specific professionals who would see the value in this more than your average Joe.

Finally, let’s talk about battery life. The problem with the discrete GPU that this HP tablet uses means that it drains the battery quickly, about 4-5 hours. There is a way to activate the switchable graphics feature and prolong the battery life to about 8 hours but this involves rebooting the tablet in a different mode. It’s hardly convenient.

Ports included are 2 Thunderbolt 3, 1 USB 3.1 generation 1, HDMI 1.4, SD and a 3.5mm headset. There are also 2 cameras- a 720p one at the front with Windows Hello IR face recognition, and an 8MP camera at the rear of the device. In addition to face recognition there is also fingerprint reader on the side you can use for security/access purposes.
So, how to sum up the HP Zbook X2?

Well, it is an impressive machine but the high price and some of the functions lead me to surmise that unless you are a professional artist or the like that will really get to use this machine as it was intended, you might just end up paying over the odds for what you need. 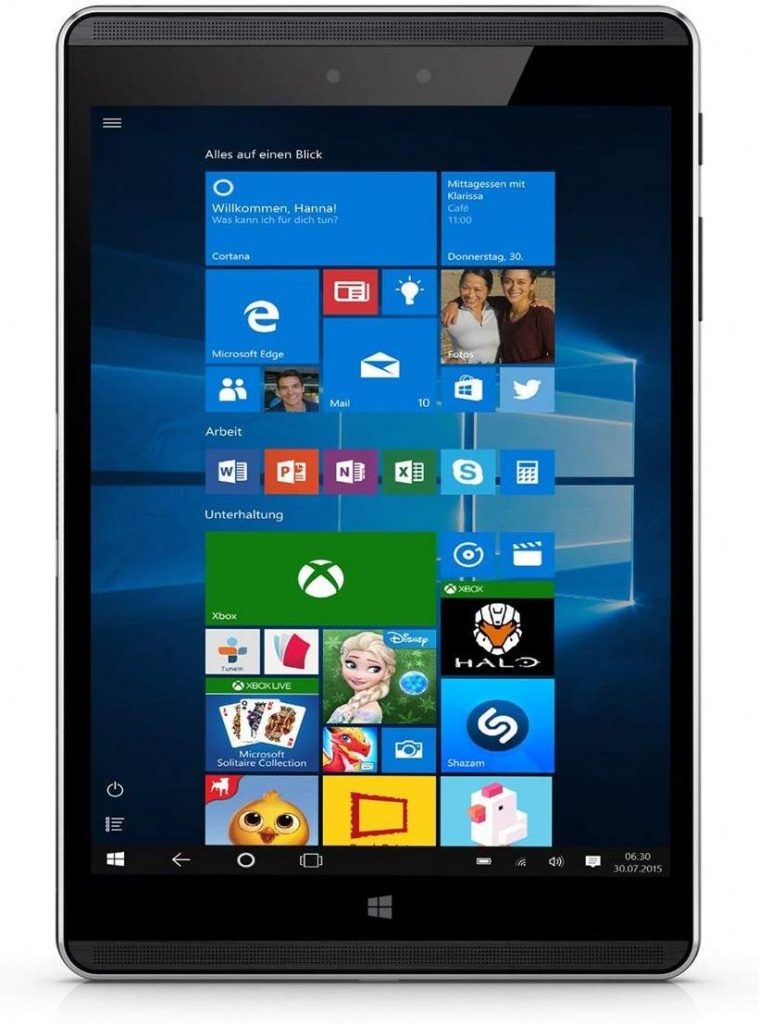 The 128GB version of the HP pro tablet 608 has been around for a few years now but it is still a device worth considering.

The small, slim and sleek design of this HP tablet hides the fact that it actually packs a bit of punch. Under the hood, there is a 2.2GHz quad-core Intel Atom x5 Z8500, HD Graphics, 4GB of RAM and 32GB of eMMC storage.

It comes with the latest version of windows installed and the OS runs perfectly, as does every other app that I ran on this tablet.

The images on the 7.9 inch screen are crystal clear at 2048 x 1536 pixels, and the wide screen makes it easier to view documents (which I think is what it was intended for).
Sound is also crisp and clear and comes out of the two front facing speakers situated at the top and bottom of the screen. There are also two microphones, which can only improve the quality of your video calls and voice memos.

Even though this HP tablet is very thin and lightweight at only 360g, it is far from flimsy. Hp have given this model a strong metal body and have made sure the screen is very scratch and damage resistant by covering it in Corning Gorilla Glass 4.

This tablet is designed for business use, and if operated as intended, the battery will stretch to about 8-9 hours between charges. However, spending too much time on YouTube or playing games will definitely have a considerable impact on battery life.

If your business is retail, you can choose the optional retail solution dock which transforms the HP Pro tablet 608 into a payment processor, complete with card reader.

I don’t really have anything negative to say about this handy little tablet except for it is a little old in the tooth when compared with the brand spanking new models that are coming out. It’s still worth a look though if you are only focusing on business or retail tasks.

That last review brings this article to an end. There are so many HP tablets with windows available these days that it was hard to pick the best, and I’m sure not everyone will agree with our choices. However, we tried to give a selection of tablets that would suit very different people and their needs, from something to keep the kids quiet, to a device for design professionals.

We will obviously come back to this page and update it as we take a look at more HP tablets with windows, so please pop back to check once in a while.